Attack of the Rockoids: Chapter 1 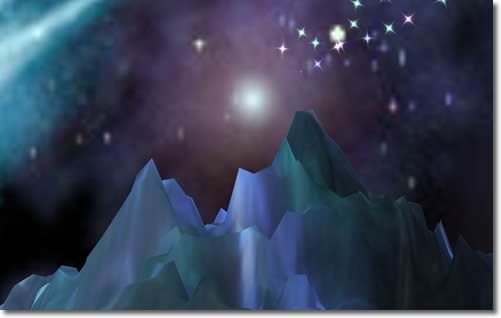 There are moments in history when destiny and chance intertwine to alter the face of the universe forever. These are times when an action, a word, a movement, is the very catalyst for an entire series of events difficult to stop once set into motion.

No one can ever tell when such moments are about to occur. They simply happen, where the right circumstances are in place at the right time. Only then does the unstoppable avalanche begin. Whether the fall of the Roman Empire or the outbreak of the Second World War on Earth, a rush of events converged as one significant incident transformed all that subsequently came to pass.

In the recent past, the unfathomable hand of fate struck yet again, this time altering history on a galactic level in a way no one would ever realize for years to come and completely changing the lives of every intelligent being, including two completely unrelated individuals, separated by a wide gulf of space and time, who quickly found themselves at the very center of the crisis.

And that was only the beginning of the story . . .

Volume One, The Memoirs of Emperor Velzanar

In the blackness of space, thousands of light years from Earth, the eternal calm was rudely disturbed as two opposing fleets of spaceships approached each other thousands of kilometers above a planet of huge cities and gorgeous landscapes.

Beneath the armadas, millions of beings went through their daily routines, oblivious to the threat from space that would change their lives forever. Royal guests were present on that scenic world, on a well-deserved vacation, engrossed in planning a royal pageant, so much work, so little time.

On one of the ships, the situation was especially tense.

"We can't do this, sir!" protested one of the senior officers. "By firing on the alien ships, we violate one of our most sacred edicts. It could be considered grounds for a court martial on charges of high treason!"

The flagship's bridge was expansive, an ocean of modern technology and industrialized architecture, rectangular shaped, with a vaulted ceiling, and a huge flat-paneled video display in front. Brightly lit control panels lined each side. The huge craft's navigators were seated in a single row at the center.

The onlookers were stunned at the severity of the argument.

The commander's steel blue eyes narrowed. Though their leader's face remained couched in shadow, the crew could sense its dark, ominous look. The voice was husky, battle-worn. "If we do not fire, they will destroy us. Would you risk genocide? How dare you even suggest . . . "

"That's enough! If you continue with this insubordination, I will remove you from the bridge and throw you into the brig. Is that clear?"

Sweat poured down the officer's face. His eyes widened, and his face twitched nervously. After tense seconds ticked by, he responded with almost no expression at all, "Yes, sir."

"Excellent, I'm glad you see it my way," the commander said with the hint of a sneer.

The command ship moved slowly, deliberately, to the head of the fleet, and closed in on what appeared to be the enemy flagship. Without a sideways glance, the command was given in a loud, imperious voice, "Weapons officer, target the primary enemy ship and fire!"

The officer looked nervous for a second, then nodded and complied with the order, tears streaming down her face. The officer could barely contain her fears about the consequences of her actions.

In seconds, lasers of bright green and yellow shot forth, hitting their targets relentlessly. Explosions of fire and debris began to dot the space between the great warships, illuminating evidence of mounting casualties.

Fighter craft tried desperately to destroy the weapon batteries on massive, oval shaped vessels, but their impotent, ineffective firepower only made their enemies pause momentarily. The blasts simply rebounded off the large craft's powerful shields and struck the fighters instead, causing flaming gaps to appear in their structures.

In this battle, it was difficult to separate the enemy from the defenders. At times, images would be vivid and intense, then vague, shimmering, as if viewed from a pool of water.